In the 1980’s, a young, African American painter emerged onto the New York art scene. Jean-Michel Basquiat was one of the brightest, and most unique, artists in all of America. He took the expressionist style of the Jackson Pollock and Willem de Kooning and combined it with tribal African and street art that reflected his urban surroundings and the plight of the African American community.

This reoccurring homage continues in the music video for the Young Thug/Freddie Gibbs/A$AP Ferg collaboration, “Old English.” Well before this video came out, this track blew my mind. Three great verses linked together by one thick chain of a hook. A$AP Ferg especially shines with one of his best verses to date. He tells a narrative of a young, hispanic girl who turns to selling Molly as ends to support her sick mother, along with the rest of her family.

But getting back the video, it’s not too difficult to see the Basquiat connection. The crude line work and the bright colors harken back to Basquiat’s work – his signature crown even makes an appearance. This sort of gritty depiction expertly juxtaposes with the trap instrumentals and dark lyrics on street life.

I think this is why Basquiat’s art resonates in hip hop. Artists like like-minded artists. Basquiat, like Jay-Z or Young Thug, was born with nothing and worked his way to notoriety in a system that fought against him. His art reflects a story that too many African Americans live themselves. One encompassed by poverty, drugs, violence, and systematic suppression. Out of this struggle however, comes wonderful art and music. These artists reflect their surroundings in their art and hopefully, educate their audiences on the circumstances they and so many have experienced.

I’d like to thank everyone who has in some way supported The Vinyl Warhol in 2014. This blog has already exceeded all of my expectations, an I can only hope it continues to do so. I look forward to bringing you even more great material in 2015. Enjoy.

Although technically a mixtape, I have to give the number five spot to Rich Gang – specifically Young Thug and Rich Homie Quan. In 2014, Young Thug dropped hip hop on its head by disregarding technical flow and coherent lyrics, and instead opting for spastic ramblings and energetic barks. When paired with the melodic slurs of Rich Homie Quan, this ATL powerhouse duo brings some of the wildest bangers of the year.

Dan Snaith is atop a new breed or singer-songwriter where an artist creates deeply personal electronic music.On Our Love, he produces the most beautiful love songs 2014. Every synth note oozes emotion, and each song is a sonic journey narrated by Snaith. “Can’t Do Without You,” a song that repeats the same line for almost four minutes, reads like the greatest love story ever told. 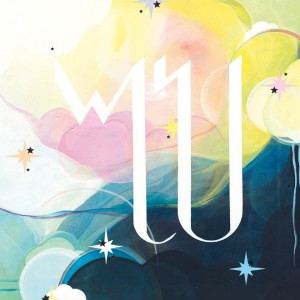 This Summer, I was honored to intern at Noisy Ghost PR, promotion company for Savannah-based record label, Graveface Records. My introduction to Graveface, which would lead to my internship, was The Casket Girls. True Love Kills the Fairytale is 10 songs of bleak synth-pop gold. Every melody sung by sisters Phaedra and Elsa Greene is an earworm that infects the listener’s brain. Ryan Graveface (Black Moth Super Rainbow) blackens the sisters sweet voices with thick, eerie instrumentals. The result is an acid-soaked nightmare.

I had St. Vincent fever all year. At one point I dyed my hair the same grey that she’s been sporting in 2014. What so enthralled me into the world of Annie Clark was the eccentric sounds created on her fifth record. On “Huey Newton,” she is a merciless tyrant setting forests ablaze with her heavy guitar rifts. The next song “Digital Witness,” is bouncy and sarcastic, both in its instrumental and lyrics. On St. Vincent, Clark creates her own alien world for each song containing a different sonic atmosphere. Each world contains its own beauty and showcases Clark as the supreme leader.

“Huey Newton,” “Digital Witness,” “I Prefer Your Love,” “Bring Me Your Loves”

In 2014, Killer Mike and El-P did not just create the most hard-hitting, brutal hip hop album in recent memory; they built an album that mirrors this year’s societal turmoil brought on by the killings of seemingly innocent human beings by the police meant to protect them. I’m not going to say RTJ2 perfectly soundtracks the race issues of the past 12 months, because many of its lyrics do glorify violence that is not accurately representative of the culture I’m speaking about. What I am claiming is that the passion in this album, and the message behind a chunk of its lyrics evokes similar emotions to how I felt watching buildings burn in Ferguson the night of the  officer’s acquittal. I urge you to watch the speech Killer Mike delivered that night. In it he beautifully articulates, “Riots are only the language of the unheard.” This album is a riot. Listen up.

“About The Money” is my favorite song of this summer. Maybe you think I’m crazy, but I seriously can not get enough of Young Thug’s quirky spurts of energy, or how his flow sounds like maple syrup is constantly dripping out of his mouth. I ran upon this remix yesterday, and while I do think Killer Mike kills it (LoL), I wish they hadn’t cut Thug’s verse out. The song is completely changed; where Thug’s verse may have been noticeably less technical, his charisma meshed incredibly with the swagger of the song. How could anyone justify removing a verse with the line, “I’m going fishin’ with these little bitty shrimp dips,”? Let me know which version you enjoy more. Follow for more $wag. Enjoy.